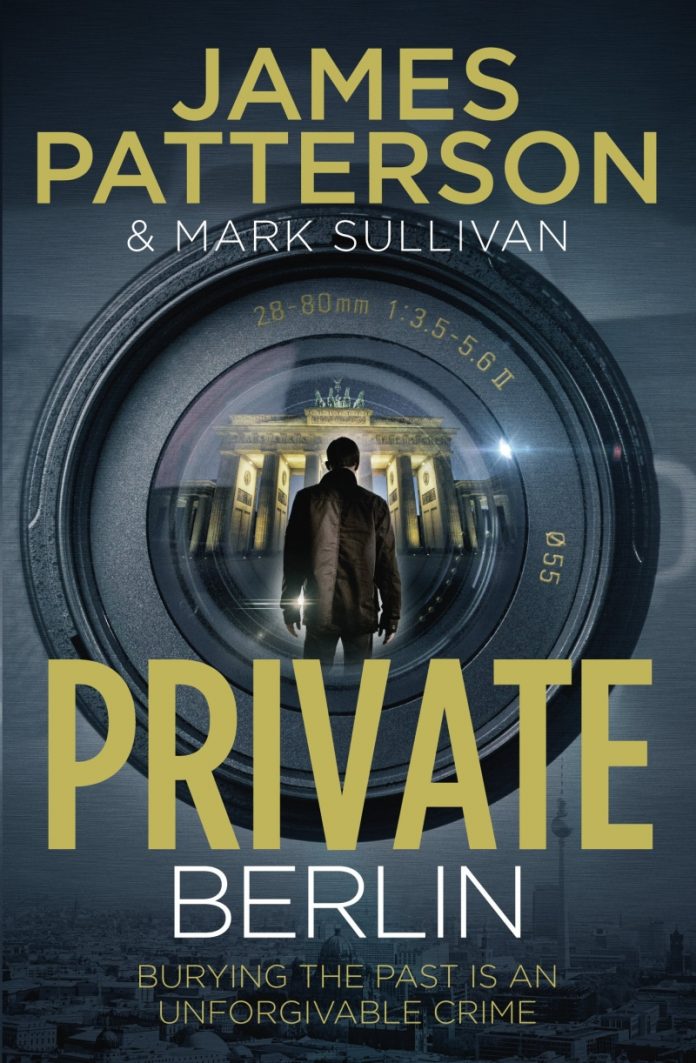 If you have ever read any novels by James Patterson you are probably fully aware that he writes, and co-writes, several different series of books as well as standalone novels and even children’s books. James Patterson is a very prolific writer (although he is not up there with authors such as Agatha Christie, Enid Blyton or Barbara Cartland) and has sold over 375 million copies of his books.

One such series that he co-writes with different authors is the Private series. The Private series of books is based around and international private investigation agency that is owned and operated by Jack Morgan from Los Angeles.

Private Berlin, written by James Patterson and Mark Sullivan, is the fifth novel in the Private series and is based in Germany from the Berlin office.

Chris Schneider is a star investigator with Private Enterprises working out of the Berlin Office. He has his own secrets that he keeps buried and very private. Growing up in an orphanage, his very painful past is starting to rise to the surface with his latest investigation takes him to an abandoned slaughterhouse, where his past meets him face to face in the form of The Invisible Man aka The Mask. He is soon reported missing.

Mathilde “Mattie” Engel is an ex-police office and now a rising star in Private Berlin, she is also the ex-fiancé of fellow investigator Chris Schneider. With Chris on the missing list, Mattie and Private Berlin launch their investigation to find him. With the investigation in full swing, Chris is soon found, and not in a good way, he is dead! His body is found with others in the slaughterhouse. With the killer feeling that Mattie and Private are getting too close for comfort, he blows up the slaughterhouse taking all the bodies and evidence with it, nearly killing the Private investigators in the process.

Mattie and Private Berlin, with the help of Jack Morgan, are determined to find out who killed Chris, his past and why someone seems to be killing all his childhood friends as well. What is the killer trying to erase?

Overall, Private Berlin is a breath-taking thrilling read from James Patterson and his co-author Mark Sullivan. It is action-packed, intense and non-stop with the suspense taking grip, keeping you on the very edge of your seat – you certainly won’t be going to sleep if this is your bedtime reading.

Your attention is grabbed from the very first page and is not shaken loose until the final pages. It is a dark thriller with high-energy action and plenty of tense situations with enough twists and turns leaving each chapter on a cliff hanger so that you are unable to put the book down.

If you are already a fan of James Patterson or haven’t read any of the Private series before, or even other books by James Patterson, you will not be disappointed. An impressive story that is put together well in the short chapter, fact paced format that we have become accustomed to with Patterson novels. Patterson and Sullivan have combined to write a very exciting novel.