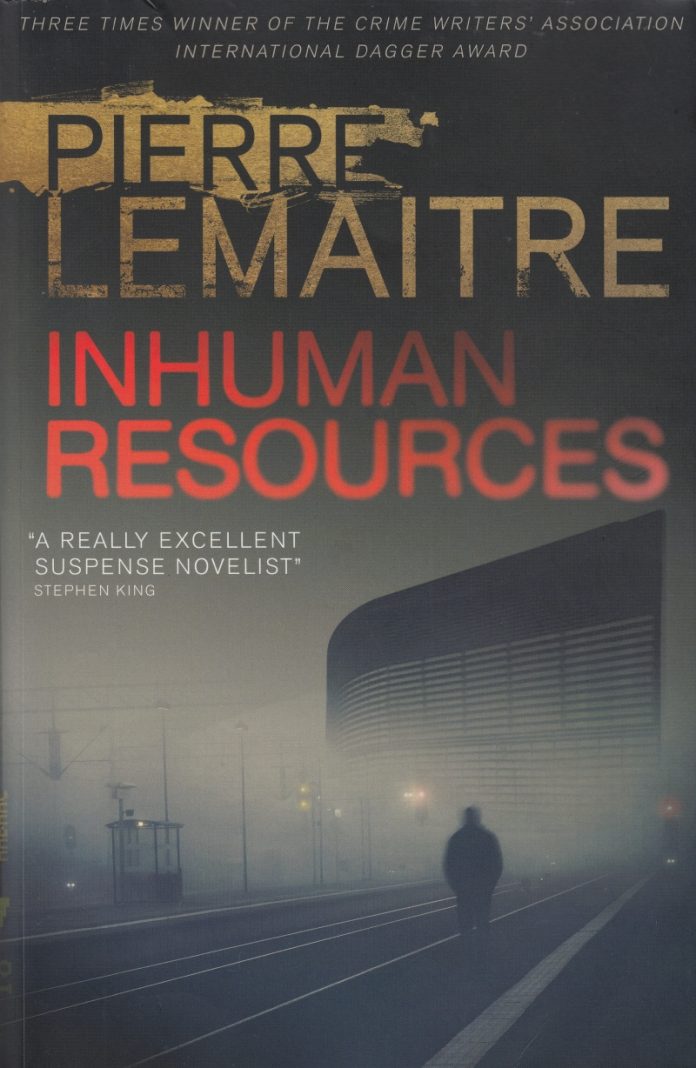 Inhuman Resources (the 2010 original French title is Cadres noirs) is a crime thriller written by award winning French author Pierre Lemaitre and has been translated into English by Sam Gordon.

Alain Delambre is 57 years old and is working part time in a warehouse packing pharmaceuticals. 4 years previously he had a successful career as a H.R. executive until redundancies hit. Unemployment has hit him hard, and his family, leaving him dejected and humiliated and taking any low paid menial job he can.

When a large multinational company invites him for a job interview, one that he thinks he has a realistic chance of getting the job, he is extremely excited and will do whatever it takes to get the job, including taking part in a role-playing game that involves hostage taking of the company employees!

To get an edge over the other interviewees and regain his dignity he borrows money, lies, cheats and risks losing his family in an effort to prove his worth to his potential employer. When it soon becomes apparent that the odds aren’t in his favour his anger gets the better of him and things are about to get dangerously real!

Overall, I found this to be a fantastic read, a completely different kind of crime novel featuring a run of the mill, average, generic man who gets so disillusioned with unemployment and life that he ends up on the wrong side of the law. He starts with deceit, lies and violence but soon graduates to serious crimes involving blackmail, theft and armed hostage taking.

Told in 3 parts; before the crime, during the crime and after the crime – before and after are from the viewpoint of the main character Alain Delambre while the during part is told from the point of view of Alain’s nemesis.

It has some dark humour and some graphic scenes of violence and humiliation. While at times it can be a bit over the top – a middle manager that manages to outwit professional hijackers who are ex-soldiers/mercenaries using management skills that he has learned throughout his career? At times you do have to suspend your belief, but it does make for a good fast-paced story with some great characters.

While the original story is written in French, Sam Gordon has done an excellent job of translating into English. It has a good flow and is a well-structured story, with some of the translation superbly written to suit an English reading audience.

Inhuman Resources (I love the title) is an excellent, witty and intelligent novel that while a little bit surreal at times, has a great concept, an original story and is very entertaining. A very enjoyable read.

Kill Me If You Can by James Patterson Review