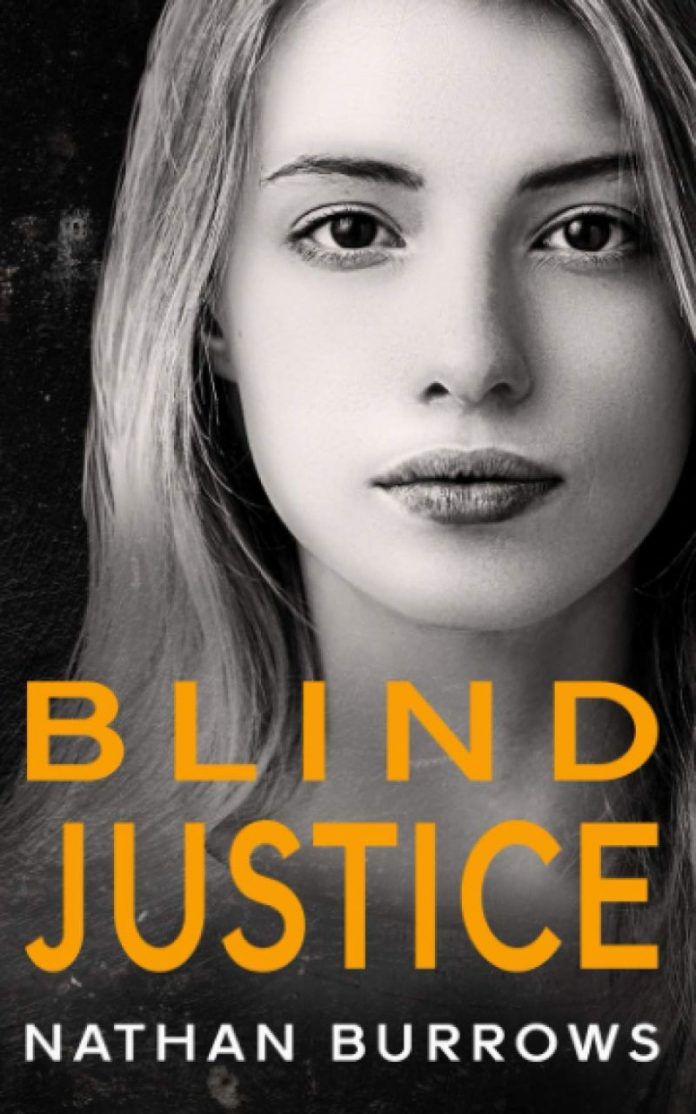 Blind Justice is a novel set around the British justice system and is the debut novel from British author Nathan Burrows and is the first in the Gareth Dawson series. It is a legal thriller set in East Anglia about a man who is wrongly imprisoned for murder and his quest for freedom. Blind Justice is a story of love, hate, revenge, and absolution.

Gareth Dawson is a petty criminal, mostly robbing businesses at night, that has never been in trouble with the police. While planning his next job he intervenes in an argument between a man and woman outside his local pub. This ultimately leads to Gareth giving up his life of crime and marrying the woman, but when her ex-boyfriend turns up dead Gareth is the number one suspect. He gets convicted of murder and sentenced to 15 years in prison.

The only problem is, while he did attack the ex-boyfriend, he didn’t kill him, but the British justice system doesn’t agree with him!

While sitting in prison, after losing his freedom, dignity and his wife, a retired, flamboyant lawyer comes to see him who wants to handle his appeal and thinks he can prove his innocence.

Overall, Blind Justice is a legal thriller that is really thrilling. The plot is very good and well thought out and the characters are excellent (apart from at times the main character comes across as intelligent wanting to correct people’s use of double negatives and at other times not quite as intelligent as he has to have relatively simple words explained to him).

The first half of the book builds the story of what led the main character to prison while the second part goes at a faster pace dealing with the legalities of the British justice system and the re-trial. The second half is much more thrilling and exciting without feeling rushed.

An exciting legal thriller with an excellent little twist at the end, an enjoyable read.

For more information about Nathan Burrows and his books visit nathanburrows.com.